Shadows in a Dress by Hannah Belanszky 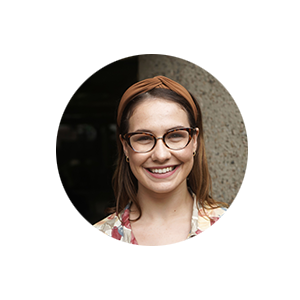 Hannah Belanszky (Yuwaalaraay) is an actor, writer and theatre-maker based in Brisbane and was also part of our first intake of writers for SPARKS in 2019.

As part of BLEACH Festival 2020, Hannah’s work which was formed during her time at SPARKS titled Shadows in a Dress will be read as part of the Festival program at Burleigh.

Working with an amazing team of local First Nations artists – Alicia Jones (Ben Lomond and Swanport peoples of Tasmania), Kendal Woodhams (Gamilaraay) and Taree Sansbury (Kaurna, Narungga, Ngarrindjeri) – Shadows has been an interesting COVID experience in that most of the rehearsals have been via ZOOM. It will be great to read it in the flesh and especially as part of a significant First Nations program.

We are doubly excited to be supported by a strong First Nations Bleach Team including JoAnne Driessens (Koa, Kuku Yalangi) and Lann Levinge (Kombumerri).

Hannah Belanszky: Shadows in a Dress is a play about two young Aboriginal women, Alix and Sunshine, who, due to events in their pasts,  become members of an all female coven, lead by the charismatic yet controlling, Rae. After waking to find a mysterious fire in the forest near their home, Alix and Sunshine must embrace where their real powers come from in order to confront the dark truth behind the coven. The idea for Shadows in a Dress came from the initial question: What does it mean to be a strong and powerful woman? I reflected upon where I draw my own power from: the women in my life, who I lean on and learn from, and the women who came before me. This got me interested in how the relationships between grandmothers, mothers, daughters and sisters can affect a young woman, particularly as she is coming of age.  I chose to explore this all through witches as they are a well known symbol of female power, inner strength and connectedness.  Shadows in a Dress questions what power means to different women and explores how a connection with ancestors, place, and language can be a grounding source of strength for a young woman when she is struggling to find her path.

Hannah was the Young Playwright-In-Residence at Playlab in 2017 mentored by Kathryn Marquet. She also wrote, directed and performed in her cabaret theatre piece, The Wives of Wolfgang (Wonderland Festival, Brisbane Powerhouse). Her performance experience includes roles in Harrow (ABC Studios), Julius Caesar (4MBS) and The Roasting (Short and Sweet Theatre Festival).