Find out more about Takako Haggarty Nishibori – one of the feature artists for QPAC’s ensemble in residence, JADE 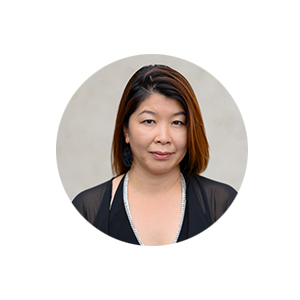 Queensland’s eminent Koto performer, Takako Nishibori brings the classic sounds of Japan alive through her mastery of the Koto. Born in Otsu, Shiga Japan Takako started playing the Koto at the age of six. Takako studied the Koto with Grand Master Shizu Fujino (a student of Michio Miyagi) from Ikuta Ryu Miyagi school and commenced her studies of the Shamisen at the age of 16.

In 2000, Takako received her teaching license from the Miyagi school of Tokyo and was placed in the top ten for all of Japan. Takako’s first visit to Australia was in 2001 as an exchange teacher. During this time, she performed for various venues in NSW and ACT and began to explore new ways of playing the Koto. After returning to Japan, Takako moved to Newcastle in order to commence a Masters of Educational Studies. Upon completing her study, she moved to Brisbane in 2005. As a language teacher Takako has developed practical language methods through music teaching that some schools still employ.

Koto is 180cm long stringed instrument that is played horizontally. The Koto I play in JADE has 13 strings though other variants can have 15 or 17 strings. The Koto sound most resembles a harp.

My parents introduced it to me initially as they thought Koto would fit best in their small house.

Simplicity in Japanese culture is the key. Keeping traditions is extremely important and often is the main focus in Japanese traditional arts practice.

The Koto is a traditional instrument in Japan. The instrument is known by various names across different Asian countries. During the Eido period of Japan, professional players of the Koto tended to be blind men. However, the instrument was always popular in the Imperial court. In modern times, the Koto has proven to be a popular instrument for all Japanese to learn.

Like a harp, the Koto has no defined frets or marks by which the player can use to assist in tuning. Tuning is achieved through a set of movable bridges. I normally tune only by ear but use an electric tuner when I play with non-Japanese instruments.

The Koto uses a different scale to Western instruments. This means that the notation written for a Koto is not readily translated into western musical notation and vice versa. This makes for some interesting times in rehearsals!

Working with other non-Japanese musicians, such as in JADE, requires a high level of collaboration. I approach the process with flexibility to maintain my traditional roots while creating something new and exciting.

JADE is original, fresh and allows me to explore new musical combinations. I like that JADE has stretched me professionally and allowed me to pass some elements of Japanese musical tradition to my fellow players.

The JADE process is based on understanding each other on both a personal and musical level. We have based all of our work first on improvisation, allowing the melodies to develop organically.

I hope the audience feels connected to my culture and the other cultures represented within JADE. I hope they feel a sense of belonging to Australia’s vibrant multicultural world. At the same time, I hope they simply enjoy the music for itself.

Original. New way to celebrate tradition, origin, roots and self.

JADE’s music reflects the multiculturalism of Brisbane, presented in a modern context and an inclusive manner. The music is forward-looking in that it is progressive but it also is reflective of each musician’s upbringing and traditional practices. JADE’s music is about acceptance and the place of belonging for all cultures.

It is called TSUME, meaning “nails” in Japanese.