Mystic Medusa, Dr Rachael Kohn, Maria Lewis share their take on the concept of luck in relation to their line of work

An astrologer, a religious scholar and a novelist walk into a bar…

IS THERE SUCH A THING AS GOOD LUCK AND BAD LUCK?

Yes, but I see it more as optimal circumstances and adverse circumstances. In astrology, there are planetary cycles that are easeful and that promote growth. There are also phases that may feel more restrictive but are really about consolidation and maturing.

Synchronicity is also a factor; there are times when things come together in such a way that it really does seem beyond the random or anything coincidental. I think that it is possible to get onto a loop or a frequency in which certain energy within you keeps attracting more of what IT likes and that you can take practical steps to clear and free up energy to make this beneficial.

So many modalities are based off some version of this concept – a vital force animating everything, Quantum Matter, Qi, Prana and so forth. The same force that moves the particles between us moves the planet. In Feng Shui, the Five Element Cycle does not speak of luck at all but of Qi, which can be growing or stagnating and so forth. What we might call ‘bad luck’, the Confucian philosophers would call something like ‘stagnant Qi’.

WHEN ARE WE MOST LIKELY TO EXPERIENCE SERENDIPITY?

When we are in Flow state or have cultivated our intuition to the same extent as our more logical mind attributes. But again, I think it is more synchronicity or rather, meaningful coincidence. I do think that certain strong Mercury phases are linked to it; Mercury being the Trickster and the God of Communication, the Messenger.

Interestingly, both the words ‘catastrophe’ and ‘disaster’ mean ‘against the stars’.

IS WHAT WE COMMONLY CALL SERENDIPITY REALLY GOD AT WORK?

A grand design, religiously imagined, never leaves anything to chance. It is all coded somewhere in deep matter and in the metaphysical mind of God, the classic position of believers in a creator God. So when things happen to someone of faith, it is sure to be accepted as divine providence, even when it is unpleasant and is thought to be ‘undeserved’. That is a mature view, however, the young in faith impatiently look to material rewards for good behaviour as signs of God. But that is a mug’s game.

Two thousand years ago, the Book of Job in the Hebrew Bible put paid to that simplistic equation, when it chronicled the litany of sufferings of the righteous believer, Job. There was a deeper spiritual lesson to be learned about where God is to be found.

Even so, the materialist urge is a hard habit to break and people regularly read into serendipitous occurrences, like picking a lucky lotto number, as proof of God at work. It is institutionalised in the claims of the ‘prosperity gospel.’ But you don’t have to be Christian to make the connection. The post-Christian Jungian analysts, who combine religion and psychology, use the concept of ‘synchronicity’ to lend profound paranormal meaning to the coincidence of events.

HOW DO FAITH AND LUCK INTERSECT?

There is no cultural tradition more wedded to luck than the Chinese. Belief in good luck symbols and the seven lucky gods, in the laughing Buddha and the lucky cat, the money tree and in propitious numbers, six (for business), eight (for wealth) and nine (for long life), are central to the Chinese outlook on life. To be Chinese is not only to believe in these talismans but to ensure that they are placed around you and are respected. In a shop selling Chinese artefacts, I was perplexed to see shelves lined with bright green sculptures of the napa cabbage placed artfully on rosewood stands. Its name in Mandarin is homophonous with the words for hundred and wealth, and is therefore sure to bring one prosperity for hundreds of years.

The unapologetic belief in the power of these objects to bring luck also means that any good fortune that one accrues is attributed to them. But it is also true that such a focus on fortune and luck has lent the Chinese a legendary love of gambling, which, unfortunately, is rarely a path to wealth.

IN STORYTELLING, WHEN DOES SERENDIPITY AS A TOOL TO ADVANCE PLOT GO TOO FAR/BECOME UNBELIEVABLE?

Serendipity is a tricky one, because how it is utilised and how effective that can be varies wildly depending on the story that’s being told. In genre tales, for instance, serendipity is often the driving force for pushing the main character out the front door and kicking off the adventure. From science fiction and horror, to magical realism and crime thrillers, it’s a device used often – and usually – used well.

It’s serendipity, in a way, that leads Clarice Starling and Hannibal Lecter to first cross paths and serendipity again – albeit in a completely different type of story – that sees Steve Trevor wash up on the island of Themyscira and into the path of Diana, putting her on the course to become Wonder Woman.

Although it is effective as a story catalyst, the more it’s used the less impactful and less believable it becomes. This is often the downfall of repurposed fairy tales, with devices soon becoming overused clichés or tropes. Take Twilight, for instance, where the line between serendipity and stalking becomes blurry. In contrast, the Harry Potter series patiently built a world that has a combination of serendipitous encounters and good or bad luck, depending on how you viewed it.

WHY IS A HISTORY OF BAD LUCK SUCH A USEFUL BACKSTORY FOR FLAWED CHARACTERS, ESPECIALLY VILLAINS AND CRIMINALS?

There’s a famous quote by J.R.R. Tolkien, I believe, that goes something along the lines of, “a villain always believes they’re the hero in their story”. I think what he’s trying to say is the best villains believe in what they’re doing. They’re pursuing their goals with conviction and motivation. They’re not just evil for evil's sake. The greatest of the great baddies across the spectrum of pop culture – whether that be movies, books, graphic novels, television, poetry, theatre – have reasons for doing what they’re doing and those reasons are usually informed by circumstance. In the same way Batman never becomes Batman without his parents being gunned down in front of him as a nine year old boy, Darth Vader doesn’t become the darkest force in the galaxy without suffering several significant losses (from the horrific torture and death of his mother, to the passing of his wife).

A history of bad luck often defines our heroes and heroines, yet it also defines our villains. Aaron Burr wouldn’t be the man standing on the other side of the duelling grounds from Alexander Hamilton if it wasn’t for taking offence to perceived slights: his string of bad luck, he believes, is the direct result of Hamilton.

While the protagonists make certain choices that set them on a particular path, so too do the villains. Think about the difference between Buffy and Faith, for instance. Often those choices vary wildly from the ones heroes would make, but not always. Take Mary Shelley’s classic Frankenstein. Both Dr Victor Frankenstein and his creature could be considered the villain or hero, depending on who you’re rooting for. The audience also understands intimately the choices that have led them to this point and the rippling effects bad luck – or fate, as some might call it – have had on their lives. 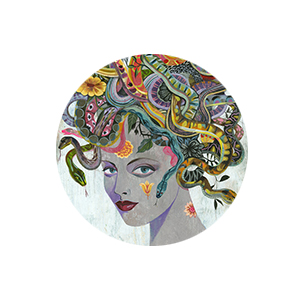 Mystic Medusa has written the weekly horoscopes for The Australian newspaper since 1997. She lives in inner-city Sydney with a melange of children and animals. A life-long vegetarian, her interests include dark matter, the Vestal Virgins of Ancient Rome, feng shui and (currently) Renaissance astrology. Her blog and website is mysticmedusa.com 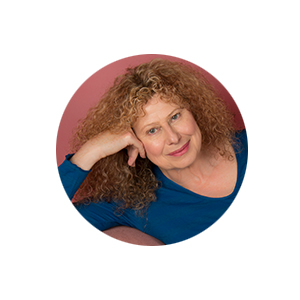 Dr Rachael Kohn is a multi-award winning producer and presenter of religion programs for the ABC, including The Spirit of Things on Radio National which she created in 1997. She’s taught Religious Studies at The University of Sydney and in universities in Canada and Britain. She’s the author of The New Believers: Reimagining God and Curious Obsessions in the History of Science and Spirituality. 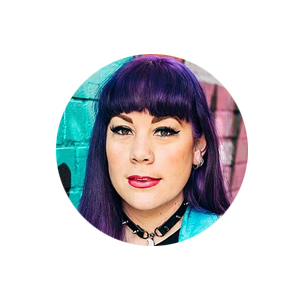 Maria Lewis is an author, journalist and screenwriter based in Sydney, Australia. Getting her start as a police reporter, her writing on pop culture has appeared in publications such as the New York Post, The Guardian, Penthouse, Daily Mail, Empire magazine, Huffington Post and many more. Seen as a presenter on SBS Viceland’s nightly news program The Feed and as the host of Cleverfan on ABC, she has been a journalist for over 13 years. She’s the producer and host of the Eff Yeah Film and Feminism podcast. Her critically acclaimed debut novel Who's Afraid? was published in 2016, followed by its sequel Who’s Afraid Too? in 2017. Who’s Afraid? is being developed for television by the Emmy and BAFTA award-winning Hoodlum Entertainment. The Three Mathematicians of Serendipity