Find out more about Dheeraj Shrestha – one of the feature artists for QPAC’s ensemble in residence, JADE 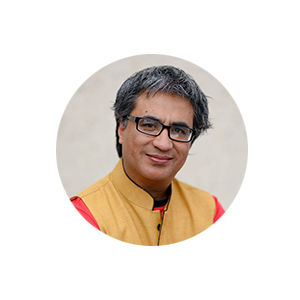 Internationally acclaimed Nepalese born Dheeraj Shrestha is recognised as the foremost Tabla player in Australia. An irrepressible creativity, tremendous clarity and exciting rhythmic improvisation are his stylistic hallmarks, and this has established him, worldwide, as one of the finest exponents of Tabla in classical and world music.

Dheeraj Shrestha’s hometown, Kathmandu, Nepal stands on the ancient route leading from the Himalayan Mountains down into the valley of Kathmandu. His real relationship with music began when he was five years old listening to classical music by his father. Later he started formal training on Tabla with his guru Pt. Hom Nath Upadhyaya. His father used to take him to play traditional temple music near his home. He was the only child among all the master musicians who were performing at the courtyard temple music.

Talking drum called Tabla and Nepalese folk percussion Maadal. They both are melodic instruments. In addition, I also play the Meditation bowl.

My instruments are like good conversation between a beautiful couple – the tabla for instance, produces both masculine and feminine pitches.

When I was five years old.

It speaks to my heart and gives me a sense of grounding, and earthy sensations.

By striking a steel hammer on the wooden pegs around the edges of my tabla.

The vibration felt while playing the tabla seated cross-legged on the floor creates a great sense of rhythm for me. This instrument depends heavily on the sense of touch and energy generated throughout the body, and that’s the difference in comparison to the other core musicians’ instruments.

I enjoy the improvisation and receiving collective ideas in compositions.

The water symbolises the purity and it contributes to tune the percussive meditation bowl. The sound of the water helps with the healing process and stimulates our body.