For as long as Indigenous peoples’ presence has been understood by white people, it has been misunderstood. Dr Chelsea Bond explores Indigenous identity and resistance.

For as long as Indigenous peoples’ presence has been understood by white people, it has been misunderstood. From the legal doctrine of Terra Nullius which insisted we were incapable of land ownership, to racial theories insisting we were the missing link between apes and humans, to contemporary debates insisting we aren’t authentically Indigenous; white explanations of Indigenous presence can be variously categorised as dehumanising, invisibilising, fanciful and fraudulent.

Aboriginal and Torres Strait Islanders peoples have and continue to assert our humanity and our identity via a relationship to the land that has and always will be, ours. Goenpul scholar Professor Aileen Moreton-Robinson says "The Indigenous body signifies our title to land and our death reintegrates our body with that of our mother the earth". Our presence in this country, in life and in death contests the foundational mythology on which Australian nationhood has been built, of 'land belonging to no-one'. Our presence in this country contests colonial mythologies of the doomed and dying race which anticipated our demise. The continued growth of the Aboriginal and Torres Strait Islander population at rates in excess of growth witnessed in the Australian population is itself a testament to Indigenous resistance to the colonial project. It is both in our presence and through our presence that Indigenous resistance is evident. 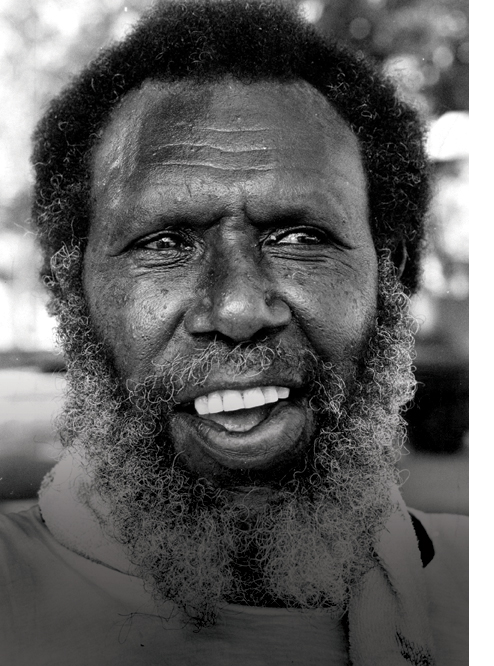 It was not until after two centuries of white invasion that Indigenous presence was legally recognised by the High Court of Australia. The landmark Mabo decision (1992) refuted the legal doctrine of Terra Nullius after a 10 year legal battle, which recognised the Miriam people as continuously present and exclusively in possession of Mer and its surrounding islands and reefs. Historian Professor Noel Loos and close friend of Eddie Koiki Mabo has described the 'accidental' origins of Mabo’s legal action in his book Edward Koiki Mabo: His Life and Struggle for Land Rights. Working as a gardener at James Cook University in the 1970s, Mabo spent time in the university library learning about white misunderstandings of Indigenous presence. It was during a casual lunchtime conversation with Loos and historian Professor Henry Reynolds, that Mabo was shocked to learn that his land was not recognised as belonging to the Meriam people. According to Loos, over the years, Mabo sat in on a number of classes, seminars and conferences to contest and correct claims about Indigenous presence. He described one encounter in which Mabo "did his dance… [and] exploded into a physical and very vocal demonstration of his Islander identity". Eddie Koiki Mabo passed six months prior to the High Court’s decision, however throughout his life and in death, he resisted white claims about Indigenous presence. His legacy is reflective of a long and varied tradition of Indigenous resistance across the nation.

One of the earliest documented acts of Indigenous resistance can be traced to Pemulwuy, a Bidjigal warrior of the Eora nation. Believed to have been born in the mid- 1700s, Pemulwuy led several successful attacks against the British over a period of 12 years, most of which were retribution for the misdeeds committed by the settlers. Several expeditions were launched to capture and kill Pemulwuy, however, he managed to evade them on many occasions. Suffering a number of critical injuries during combat, these narrow escapes led people to believe that he was a clever man immune to British bullets. However in 1802, Pemulwuy was shot and killed after an order was issued to capture him dead or alive. Decapitated, his head was sent to England and has yet to be returned home. 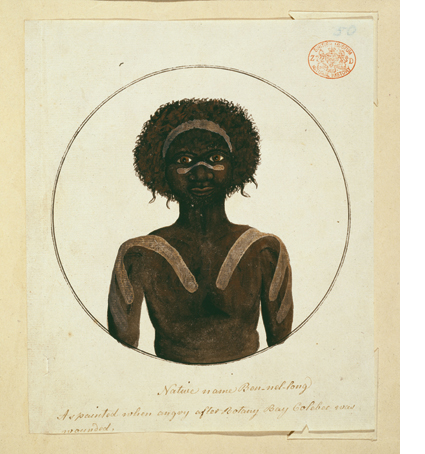 A few years prior to Pemulwuy’s murder, Woollarawarre Bennelong, a Cadigal man of the Eora nation had too been captured, by order of Governor Arthur Phillip. Bennelong’s capture we are told, was to enable Phillip to learn more about Aboriginal people and foster harmonious relationships between the local Aboriginal population and the settlers. Bennelong became an informant, friend and 'son' of Phillip, lauded as one of the first Aboriginal cultural brokers. Bennelong’s legacy is less revered as one of resistance having taken a liking to the Governor’s lodgings, food, clothing and liquor. Early accounts celebrated the possibility of his civilisation into white society, observed by his ability to grasp the English language. In 1792, Bennelong travelled with Phillip to England to meet King George III, however, on his return he was less interested in assisting the British. He returned to his old habits, mixing with his own people in nearby Aboriginal settlements, cast as a drunk, violent and hopeless character. His death in 1813 was followed by an obituary in The Sydney Gazette reading:

“Of this veteran champion of the native tribe little favourable can be said. His voyage and benevolent treatment in Great Britain produced no change whatever in his manners and inclinations, which were naturally barbarous and ferocious. The principal officers had for many years endeavoured, by the kindest of usage, to wean him from his original habit and draw him into a relish for civilised life; but every effort was in vain… he was a thorough savage, not to be warped from the form and character that nature gave him by all the efforts that mankind could use”.

In contemporary public discourse, there remains a frustration with Indigenous presence and Indigenous peoples’ unwillingness to comply with, or conform to colonial aspirations for them.

Regardless of our location, Indigenous presence is framed as flawed or failing, deemed either culturally incommensurable with the modern world or culturally inauthentic as an Aborigine. Yet, Indigenous women and men have long recognised that our refusal to civilise and relinquish our identity as Indigenous peoples is an act of resistance. In 1981, Aboriginal band No Fixed Address proudly proclaimed; "you can’t change the rhythm of my soul, you can’t tell me just what to do" in the iconic song We Have Survived. In 1989, Noonuccal poet and activist Oodgeroo asserted "the gum cannot be changed into oak". In her poem, Assimilation – No! she writes,

“Pour your pitcher of wine into the wide river, And where is your wine? There is only the river”.

Indigenous presence both tells us about resistance and is itself a site of resistance.

Indigenous peoples’ refusal to die out, refusal to go away, refusal to forget who we are, and refusal to relinquish the land in which we come from continues to hinder the colonial project. The contestation of Indigenous identities in contemporary public discourse from the likes of Andrew Bolt and Pauline Hanson has a long tradition in this country and extends beyond the domain of conservative right wing commentators. Innumerable anthropological texts have discounted the reality of Indigenous presence throughout Australia, insisting that those not living in the most remote parts of the country aren’t really Aboriginal, because according to them, there is nothing tribal or traditional about our way of life. It is thus hardly surprising that research conducted by the Council for Aboriginal Reconciliation into the attitudes of Australians toward Aboriginal and Torres Strait Islander peoples in the 1990s found that "no matter where the research was conducted, the 'real' Indigenous people were always somewhere else".

But we are still here, right now, right here. We are ever present – as is our resistance. It is via our presence that we continue to resist, in the mundane and most unexpected of places. Our presence – on a sporting field, in a courtroom, in the academy, on city streets, or in the red dirt – continues to be problematized and contested. And each and every time we are compelled to resist. Our presence continues to be curtailed, surveilled, regulated and controlled – but like Pemulwuy, Bennelong and Mabo, we are compelled to resist.

We are still here.

The sixth biennial Mabo Oration was presented in the Playhouse, QPAC on 10 August 2015

Listen to the Clancestry Conversation Series from 2015 curated by Dr Chelsea Bond. Featuring panellists such as Dr Gary Foley and covering topics such as #NotJustBlack #SovereigntyX and #Blacktivism